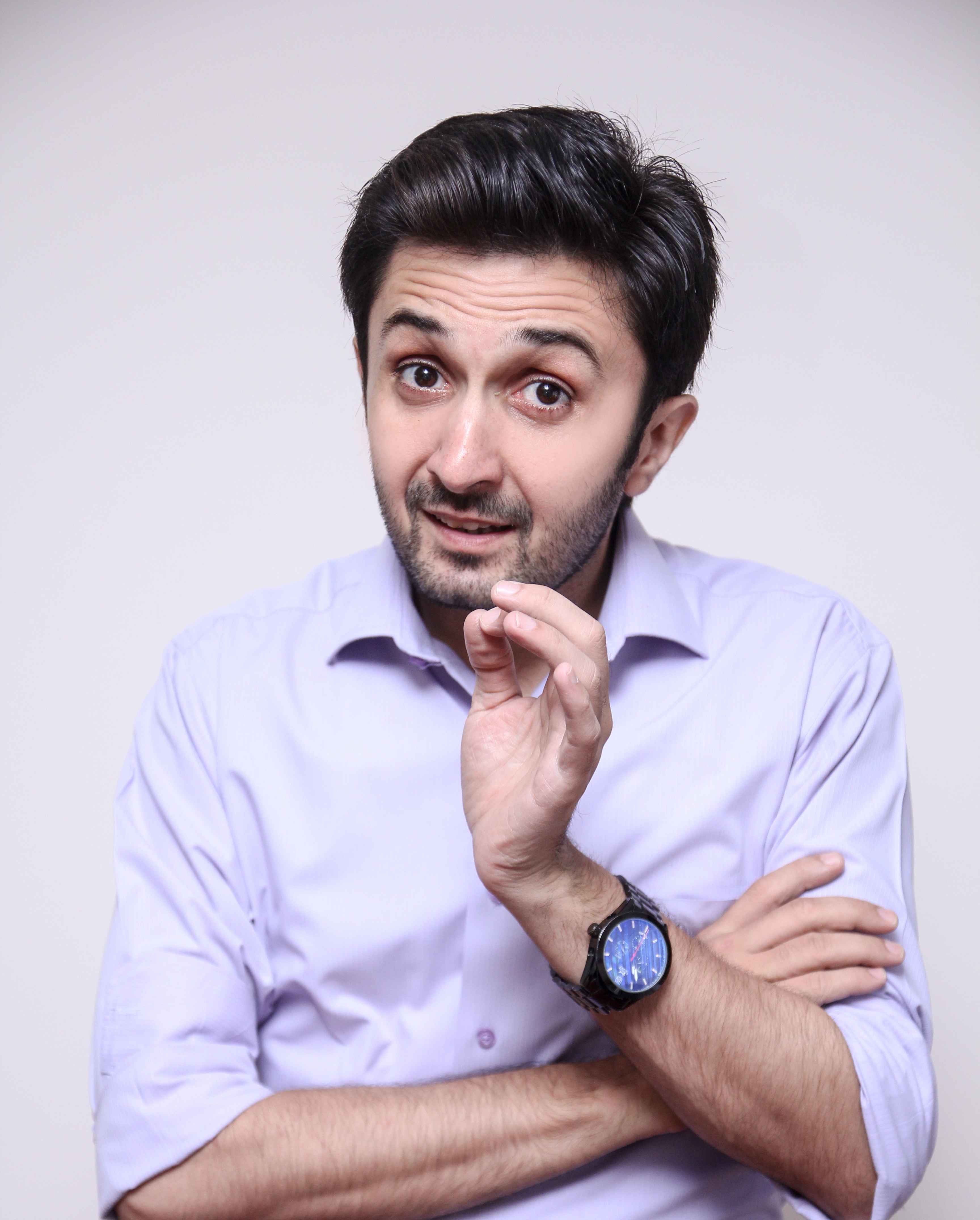 Faheem Azam is a Multipotentialite, having many interests and creative pursuits. He recently concluded his work as an Acting Coach and Actor for the upcoming mega-production, Parey Hut Love, a feature film by Asim Raza.

He’s also an established Screenwriter and a Director more known for his critically acclaimed Short Films with works like “Darzi Ki Marzi”, “Rishta for Sale” and “Log Kya Kahenge” etc.

Being one of the few established Stand-up Comedians in Pakistan, Faheem Azam is becoming a voice for the promotion of comedy in the country with multiple TEDx Talks on the topic of Comedy. He has reached out to youngsters throughout the country with his Talks surrounding various important aspects of life.

He captivates, entertains & educates people through Entertainment media and Academia. A Writer, Director, Actor and a Stand-up Comedy performer, Faheem Azam has also been coaching amateur actors for theatre and TV.

From The Acting Coach On Paray Hut Love

It’s not just acting schools but we also lack acting coaches in Pakistan. Therefore, most films, television or theatre plays and other acting assignments take place in the absence of one. However, Asim Raza’s upcoming film, Parey Hut Love – his next after Ho Mann...
Read

Asim Raza’s second feature film Parey Hut Love that stars Sheheryar Munawar, Maya Ali, Zara Noor Abbas and Ahmed Ali Butt in key roles wrapped up earlier this week. On the last day of shoot, the cast and crew had a meet and greet with press on the film’s set, an old...
Read

There is no denying the fact that content is king, no matter what segment of society it caters to or through which medium it is generated. While local TV plays mainly cater to women and our films are struggling to find their niche audiences, there is hardly any...
Read

Pakistani internet queen Kanwal Ahmed’s journey of empowering women in the country has come far as the entrepreneur is now ready to unroll her distinctive and revolutionary digital talk show that brings to light the real issues of women. Breaking the norm of the...
Read

On a warm Saturday night, Faheem Azam took the stage by storm – displaying his notorious crown jewel “Don’t laugh! I’m serious!” the stand-up comedian brought the show finally at The Hive in Islamabad on July 21. Pakistan’s very own version of Kevin Hart made the...
Read

The latest entertainment company to make waves on Facebook is a band of funny people who come together under the moniker ‘Teeli’. Teeli first gained popularity in June this year with the hilarious Darzi ki Marzi, their take on tailor tantrums during the Eid rush....
Read